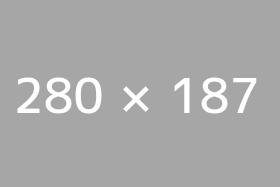 Oct 2012, Powertech has been featured in AEC Online Powertech - the preferred supplier for the education and healthcare sectors The construction industry in the region has seen a marked improvement in recent months in contrast to the rather stagnant last few years. Many ambitious projects have taken off and we are no longer talking about off-plan projects, but real ones whose foundations have already been laid. Some of them include the terminal four expansion by Dubai Airports Authority, the AED 423 Million villa project awarded to Arabtec and the construction of a new terminal for Etihad airways at the Abu Dhabi International Airport. Amidst this rather exciting environment of the burgeoning projects scene, Powertech is enthusiastic about having a slice of this rather large pie.

July 2012, Powertech Switchgear Industries FZC is proud to be awarded the ABB authorized value provider of ABB low voltage drives for sales, support and engineering services. The value provider program was detailed and comprehensive allowing for a large degree of communication and coordination between the ABB and Powertech teams reinforcing the trust and support between the two in working together on forthcoming projects in the UAE. Source: AMEinfo, Utilities ME.